Legendary musician Roky Erickson triumphantly returned in 2010 with True Love Cast Out All Evil: his first new album in fourteen years. Produced by Will Sheff, with his band Okkervil River providing the musical backing, the record was largely made up of unreleased material penned by Austin, Texas, native Erickson throughout the course of his decades-long career – material that detailed, with heart-breaking candour, a harrowing life of electro-shock therapy, imprisonment, mental illness, and irreversible loss. Enduring these traumas enabled Erickson to bring a unique, painfully-earned wisdom to his songwriting, infusing the album with themes of love, hope and spiritual grace.

Erickson’s band The Thirteenth Floor Elevators burst on to the scene in 1966 with the hit “You’re Gonna Miss Me,” a snarling proto-punk song written by Erickson when he was just 15. The Elevators and the charismatic Erickson would be largely credited with igniting the garage rock movement and being one of the first psychedelic bands. The reverberations of the band’s distinctive sound can still be heard today with Erickson’s songs having been interpreted by the likes of R.E.M., ZZ Top, The Jesus and Mary Chain, Primal Scream, Spacemen 3, Julian Cope, Radio Birdman and others.

While True Love Cast Out All Evil echoed the many musical styles in which Erickson was a participant or pioneer – including garage-rock, lo-fi psych, heavy metal, and country-tinged Texas folk – it also brought Erickson’s songwriting skills to the fore.  Within this collection of songs, Erickson addressed his troubled history in his own words, eschewing the metaphors of earlier songs like “I Walked With a Zombie” to speak directly about hardship and the lessons learned from it.  Will Sheff’s production highlighted the songs while interweaving them with found-sound and archival recordings culled from Erickson’s home videos and recordings made in the Rusk State Hospital for the Criminally Insane.

“I feel truly lucky that I got to produce this record,” Sheff said. “When we started out, I was given sixty unreleased songs to choose from.  There were songs written during business setbacks including the Elevators’ painful breakup, songs written by Roky while he was incarcerated at Rusk, and a great deal of songs that reminded me of the sense of optimism and romanticism that I think sustained Roky through his worst years and ultimately reunited him, a few years ago, with his son Jegar and his first wife Dana.  Because we started with so many songs to choose from, the quality of the material we ended up with was exhilarating.  This is not a cynical comeback record, a lukewarm update on an established legacy – these are the best songs Roky has ever written, unreleased due to decades plagued by the kind of personal tragedies that would destroy someone less resilient. This record has been the most challenging and rewarding thing I’ve ever worked on, and we in Okkervil River were deeply honored to show up decades later and help Roky carry these wonderful songs over the finish line.’ 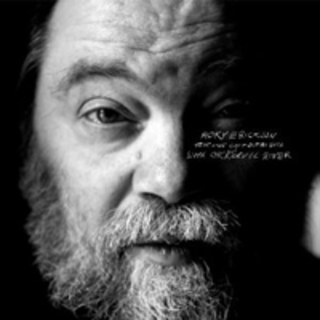