The Sluts of Trust comprised (then) of John MacFarlane and Anthony O’ Donnell: a thunderously enjoyable duo whose live shows were a collision of AC/DC, White Stripes, Queen and Sparks – they were that good.  Recording their debut album in the old Chem19 with Paul Savage over a series of mostly live takes, ‘We Are All Sluts Of Trust’ is a terrifically sleazy proposition: songs like ‘Greatest Gift’, ‘Piece O’ You’ and ‘Lets…’ are, if we’re going to be brutally honest, relentlessly sexual and none the worse for it.

They headed over to SXSW in 2004 with The Delgados and Malcolm Middleton bagging, for their troubles, a support slot with the Suicide Girls Burlesque Tour – a gig offer, as we’re sure you can imagine, the boys were keen to accept…

Bands bereft of bass are nothing new. The Jon Spencer Blues Explosion, The Immortal Lee County Killers and The White Stripes all knew what to chuck out when they decided to go minimal. Now Glasgow’s Sluts Of Trust have joined the guitar-and-drums party. Their debut is a raw, often very rude post-hardcore racket, driven by an intelligence that embraces Fugazi, …Trail Of Dead and Queens Of The Stone Age. “Dominoes” recalls Shudder To Think, while “Leave You Wanting More” offsets an indecently sexy, heavy rock riff with the wiry energy of PiL. Brief (barely 40 minutes long) but exhilaratingly brutish.
UNCUT [4/5] 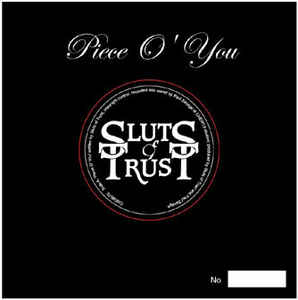 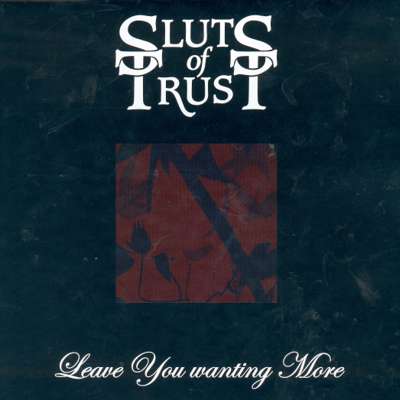