It’s a genuine delight to announce that influential Glasgow four piece El Hombre Trajeado have not only reconvened, they’ve only gone and recorded a new album.  ‘Fast Diagonal’, their first long player in twelve years will be released through Chemikal Underground on December 2nd, but you can pre-order it NOW and have a listen to ‘Do It Puritan!‘ featuring the extraordinary vocals of Sue Tompkins (Life Without Buildings)… 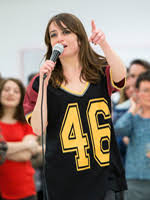 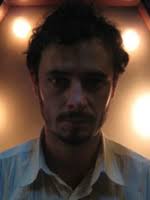 With beautifully intuitive artwork by award-winning, Glasgow based artist Toby Paterson, ‘Fast Diagonal’ is a triumph of abstract melodicism or, as producer Paul Savage commented in the studio: “like a math rock band doing the soundtrack to Gregory’s Girl”.

We were always big, big fans of the band and there are fond memories of seeing them play in Sleazys and 13th Note.  El Hombre supported The Delgados in 2000 when we were touring The Great Eastern but they also hit the road with far more illustrious company in the form of Nick Cave, Sebadoh and Tortoise (the uninitiated might find some more musical reference points in there too if they look hard enough).

John Peel got it too, asking the band to record three sessions and a fourth set, live to air, on one of his greatly missed shows. The band dissolved in 2005 with their members going off in different directions: Ben and Stef would pursue careers outwith music while Stevie played with the likes of Arab Strap before crossing paths more directly with Chemikal at the vanguard of his Sound of Yell project;  Hubby’s circuitous path would also lead back to Chemikal through his inspired, flamenco-infused solo work.

And so the circle is squared: El Hombre Trajeado, reformed in 2014 to play as part of Chemikal’s East End Social, have produced their first album in more than 12 years – Fast Diagonal – and it’s as dazzling and fluid and inventively melodic as anything they’ve ever written.