Chemikal Undergound are over the moon to be represented in the ‘Rip It Up – The Story Of Scottish Pop’ exhibition at The National Museum of Scotland in Edinburgh, launched on Friday 22nd June. When the label started in 1995 the purpose was to simply release the music of The Delgados and other like-minded bands around at the time. Fast forward 23 years and over 250 releases later, it is an unexpected delight to be a contributor in an exhibition representing 60 years of Scottish pop history, and celebrating many of the artists that inspired The Delgados’ and Chemikal Underground’s formation in the mid nineties.

The exhibition runs until the 25th of November 2018 so you have ample time to get yourself along if you happen to find yourself in Edinburgh. Items that Chemikal Underground have contributed include the artwork for the Bis release ‘The Secret Vampire Sountrack’ which includes the track ‘Kandy Pop’ and was performed twice on Top Of The Pops. The original photographs for the front cover artwork of Mogwai’s ‘Young Team’ and The Delgados ‘The Great Eastern’ also make an appearance. Our close partner Chem19 Recording Studio has contributed their old Amek Einstein recording and mixing console which a huge amount of the label’s artists have recorded on, alongside the likes of Franz Ferdinand, King Creosote, Frightened Rabbit & The Twilight Sad.

Rip It Up puts music in the spotlight, featuring archive footage and new interviews with artists and musicians along with iconic costumes, memorabilia, instruments and props from musicians including The Proclaimers, Shirley Manson, Lulu, Midge Ure, Simple Minds, Annie Lennox, Gerry Rafferty, Alex Harvey, Texas, Franz Ferdinand, Young Fathers and more. The majority of the 300 objects on display are being lent to the exhibition by the artists themselves and in many cases have never before been on public display.

The exhibition is being produced in partnership with BBC Scotland, and a three-part TV series will bring another dimension to the story through the voices of those who made the music, those who witnessed it from behind the scenes, and the fans who lived for it. A new book complements the exhibition, written by writer, broadcaster and DJ, Vic Galloway, who presents a four-part series on the topic for BBC Radio Scotland.

Thanks to Chris Scott & The National Museums Scotland for use of the photos. 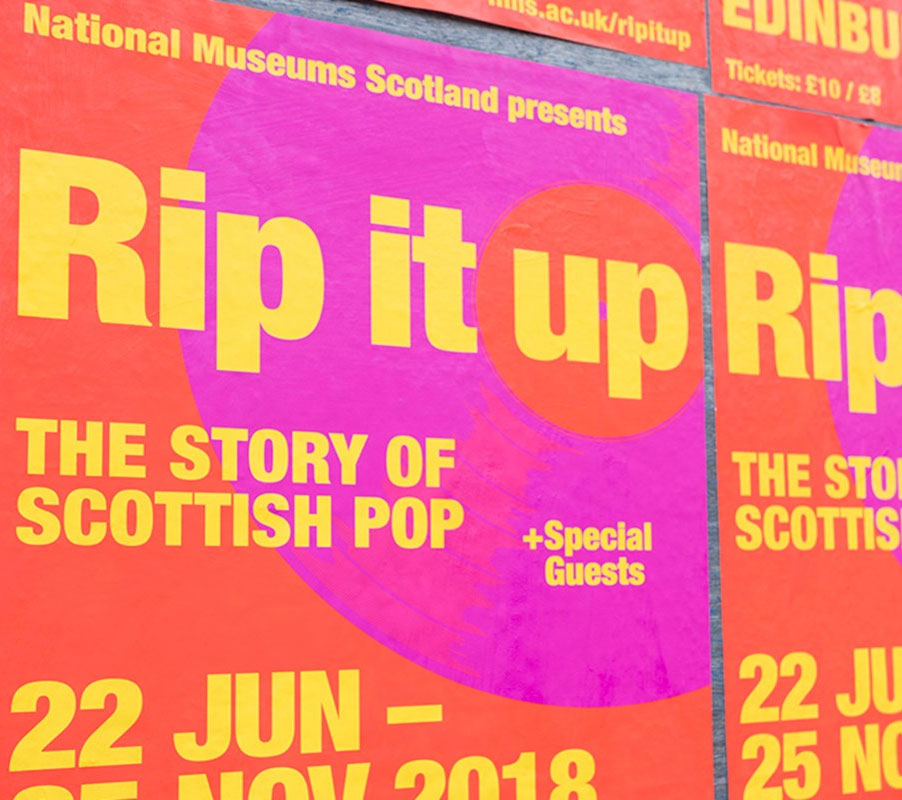