THE DELGADOS TO PLAY THEIR FIRST SHOWS IN 17 YEARS: UK TOUR NEXT JANUARY

“Truly, one of the greatest bands in the world.”  John Peel

Yep, you read it right: much-loved Glasgow band The Delgados are finally returning after a 17-year hiatus, playing a five-date tour of the UK in January 2023.  Formed in 1994, the influential four-piece – and their renowned record label Chemikal Underground – would play a central role in Glasgow’s flourishing alternative music scene, releasing five acclaimed studio albums before disbanding in 2005.

They were nominated for a Mercury Music Prize in 2000 for their third album ‘The Great Eastern’; ‘The Light Before We Land’ would become the opening theme for cult anime series Gunslinger Girl; and ‘Pull the Wires From the Wall’ took the coveted #1 spot on John Peel’s annual Festive Fifty listeners’ poll in 1998, with the revered DJ amongst the band’s most vocal fans.

A blistering and brilliant live act, their original line-up remains unchanged: Stewart Henderson (bass), Emma Pollock (guitar & vocals), Paul Savage (drums) and Alun Woodward (guitar & vocals) will be bolstered by a full complement of strings, brass, keyboards and flute for what promises to be a series of truly unmissable shows.

A band statement reads: “When we started The Delgados in 1994, it instantly felt effortless and simple.  There was a synergy and a chemistry. Four people pulling in different directions, but towards the same destination. Two of us couldn’t play very well and two couldn’t play at all but that unlearned sensitivity was our guide.  Fast forward 25 or so years – the band has been split up for 15 of them – and we’re driving to Stuart Braithwaite’s wedding.  We’ve spent hardly any time with each other for over a decade and like before it’s effortless, simple… and the thought occurs that it might be good to play together once again.”

Dates are listed below with tickets going on sale this Friday, 10th June at 10am.

Keep up-to-date with The Delgados by visiting thedelgados.band 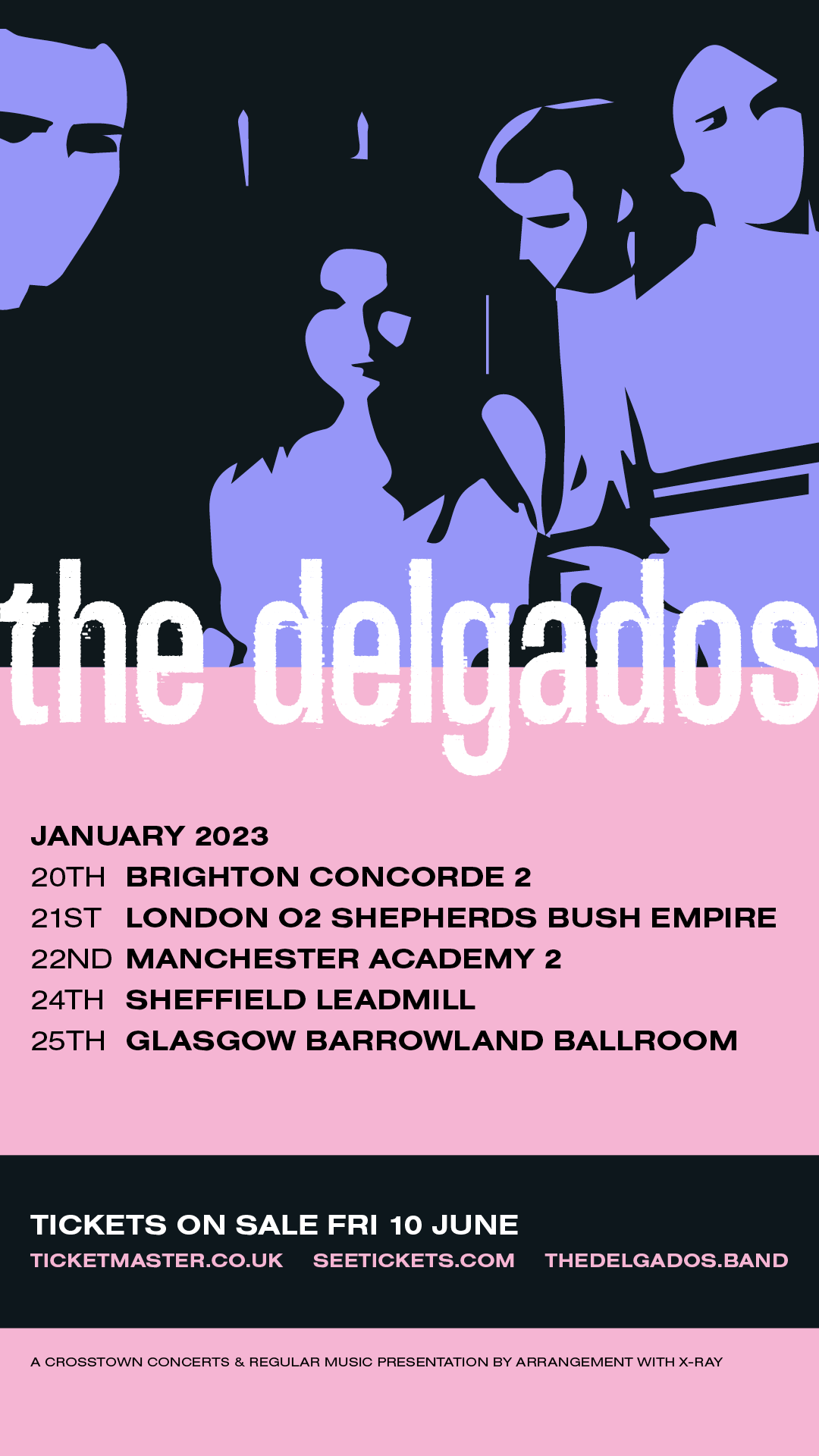