It gives Chemikal Underground Records great pleasure to introduce the unabashed geek pop of Citizen Bravo, AKA songwriter, multi-instrumentalist and music researcher Matt Brennan. His remarkable debut album Build A Thing Of Beauty will be released on 5 April 2019 exclusively on digital services, save for one, extraordinary and thoroughly unique physical manifestation – an interactive musical sculpture known as SCI★FI★HI★FI, which will be premiered at a launch event at the University of Glasgow Concert Hall on 11 April 2019.

Completing this ambitious hybrid music and research experiment is a short documentary film The Cost Of Music, which will be screened as part of the sculpture launch event in Glasgow, ahead of further screenings at Berklee College of Music in Boston, Université du Québec in Montreal, the Australian National University in Canberra, and further tour dates to be announced. “Humans Of Earth,” the first track to be previewed from Build A Thing Of Beauty, will hit Chemikal Underground’s Soundcloud on 8 February 2019, while the video for second single “Limbs And Bones” on will be premiered on 15 March 2019. 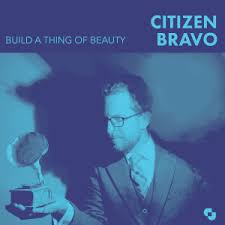 Featuring the interactive musical sculpture known as
SCI★FI★HI★FI and the first screening of the short film
entitled ‘The Cost Of Music’.